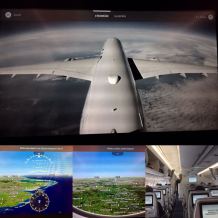 Up in the air

The main purpose of the 3T project is to compare and thus reflect the three different school systems of the participating countries. The schools involved in this project are from Finland, Denmark and the UK. In addition there is also a consulting firm from Denmark taking part in this project and their main focus is to get useful tips for building Danish schools as well as for their interior design.

The first step of the project was taken at the beginning of June in 2017 in Bedford, England.

Before the trip each participating Finnish school was given a task which was to be returned to the coordinator of the hosting country by email.

The programme in Bedford was divided on four days and the participants were equally divided into four groups so that each group had members from each participating country. The groups spent their first day in the school of their English member. During the day we had an opportunity to get to know the everyday life of a typical English school. Our hosting schools were Castle Newnham, Livinstone School, Westfield School and Biddenham School.

The second day was reserved for visiting various schools. Each group visited four different schools so the total number of school visits was 16. Each of these schools differed greatly from the others and they included preschools, primary and secondary schools as well as some private schools. Each group made observations during their visits.

During the third day we were given an opportunity to visit the University of Bedfordshire. On the campus we had a guided tour and visited e.g. their Faculty of Education and School of Teacher Education. The rest of the day was spent in making preparations for the last day. These preparations were made among the visitors of the same country and not as was originally planned.

As I mentioned before the purpose of the trip was to observe the English school system. The fourth day we spent in a meeting where one Finnish group and four Danish groups shared their observations from two previous days. This feedback with all its pros and cons was very informative and diverse.